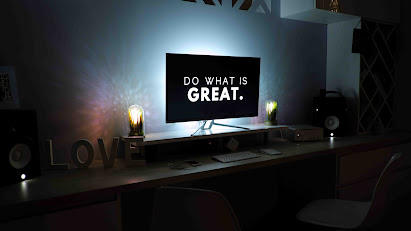 What is a computer?

The word computer is derived from the Greek word compute, which means calculator The term is used to calculate, measure, calculate and hold, etc. In general, a computer is an electronic device that

> Presents information by processing it as per

In the past, only calculations could be done with a computer, but now with the help of sophisticated computers, complex calculations can be done very fast. Computer without program is an inert substance. The computer is "pregranaITnatile digital electronic device".

How the computer works

A, Input the data and instructions given by the user.

There are three main types of computers. E.g.-

Computer class division
Digital computers can be divided into four main categories based on their work efficiency and size. Such as: super computer, mainframe computer, miniframe computer and personal computer.

The evolution of computers

In ancient times people used pebbles, stones, oysters etc. to calculate the number. These were the basic mathematical instruments used in human computation. Abacus (Abacus) was then introduced as a calculating instrument. Later, the French scientist Beaz Pascal was able to make an instrument called Pascalin. Long after the Bayes-Eis Pascal calculator was invented in 161, the famous German mathematician Leibniz used a wheel and a dove - a device that could be used to divide, multiply, multiply and divide. 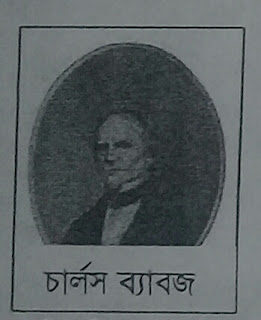 Discovered. This is the prototype of the current commercial computer.

The basic form of the modern computer was created by the British mathematician Charles Babbage. He was the first to realize the need for a memory for a calculator and called it "Analytical Engine".

Attempts to make a device failed, but the current Charles Babbage is based on his plan. Computers have been discovered. That is why Charles Babbage is called the father of computers. Lady Ada, daughter of another famous mathematician of the time, the famous English poet Lord Byron, assisted Charles Babbage in designing the planned analytical engine. He is mentioned as the first computer programmer in the world.

In 1951, Mausal and his company alone developed the Univac-1 (Universal Automatic Calculator), which featured the following:

> The first commercial computer
> Read, Write and Compute at the same time 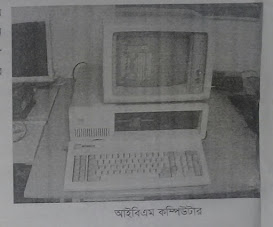 Meanwhile, two scientists created a computer language called BASIC, which led to the discovery of High Level Language in place of Binary Language / Machine Language / Low Level Language, which made it easier to give instructions. Then start using IC. When more than one transistor is inserted in the smallest part of a semiconductor / silicon, it is called IC or Integrated Circuit. This generation of computer is called third generation computer.

The greatest revolution occurred with the invention of the microprocessor. Intel is the first to make a microprocessor Corporation of America in 1971. A microprocessor is a device measuring thousands of transistors on a small silicon sheet measuring 1 square inch. At present this measurement of microprocessor volume has changed a lot and this rate of change is increasing very fast with the passage of time. Now a silicon of many sizes 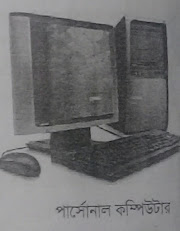 .The chip contains a few million or more transistors. This computer made with microprocessor is called modern computer or personal computer. At present we usually mean Personal Computer or PC.

Thanks to the advancement of technology, computers are now smaller in size and more easily portable. At present laptop computer runs for 3-4 hours without electricity. 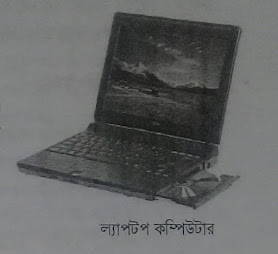 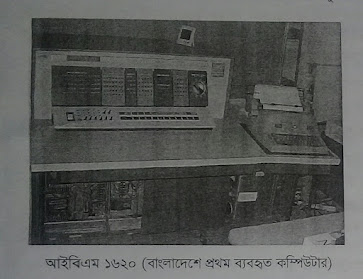 Computers work with data. Letters, numbers, pictures, words, moving images, etc. are provided as input on the computer. The computer treats all of this as data and processes it. Numbers are computer data when calculations are done with a computer. And when working with computer graphics or running graphics, image animation is computer data. Computer hardware processes these data into machine language. Computer operating systems and application programs are characterized by the appearance of letters, numbers, symbols, or words. Any type of data can be processed in today's computer. Computers can process billions of dollars of calculations, starting with the simplest of calculations. The same is true of images or words.

The use of computer has become essential in almost every field of our social life. In a word, this device can be used in almost all the work around us.

The use of computer in some sectors of our country is discussed:

E-commerce is the name given to the modern concept of computer in business. Electronic commerce or e-commerce is a form of business in the 21st century. The idea is that in the future business will run with the help of the Internet. Businesses in the developed world and some businesses in our country now sell products by creating websites on the Internet. Doing. The world's largest bookstore is now on the Internet. E-commerce is being used to buy and sell everything from human clothes to household appliances.

Composing on a computer is more convenient than a press for printing any article or subject in a publication. On the cloth. Notable advantages of composing are:

> Can be quickly compressed. Bengali, English and other languages ​​can be composed on the same computer.

The font size is very large and can be trimmed. The space in the middle of the line can be filled more or less as required. The composing subject or text can be stored in the computer's memory. The subject can be used again if necessary.

You don't have to compose anew. Thousands of pages of books can be stored in the memory of the computer.

> Content for printing work can also be used in Eastern or digital media.

Computers have introduced a whole new dimension to the conventional education system. In the current education system, a new education system based on computer, multimedia, software and internet has been introduced. The information that could have been found on paper for education has become digital. There is no pair of computer to attract the attention of students in teaching. There are many opportunities for computer-assisted teaching. The various aspects of science, such as the atmosphere, planets and satellites, the solar system, the animal kingdom can be shown through moving images. Many of these things can be made ready and can be made as needed. So it goes without saying that computer-assisted teaching is far more effective than conventional teaching methods.

Computer-for-educational management, student-teacher-staff management and data storage both save time and labor. Communication is an important part of the education system. It is possible to establish direct communication between different schools and important related offices through computer to computer network through internet.

In addition, with the help of computer, the test results of the students of the school can be created and saved. Testimonials are now computer-aided.

Use of computers in industries

The quality of production can be controlled with the help of computer. Computer-controlled devices produce products exactly as instructed by the computer. Among the advantages of producing a computer-controlled device are: it requires relatively less labor, the quality of the finished product is perfect, raw materials are not wasted and there is almost no chance of an accident. As a result, overall production costs are lower, product quality improves, demand increases, and overall profitability is higher.

The structure of the operating system

Operating systems are made up of many programs. All these programs do different kinds of work. There are two important programs in the operating system.

A) Control program. B.) Service program.

A.) Control Program: The control program is divided into three parts. Such as:

3.) Input / Output Program: An input output program is a necessary program under operating system control program. With the help of this program, the central processing unit is set up while working with the computer's input and output devices for data processing and output.

Operating systems are divided into several categories based on the type of work and process. Such as:

An operating system performs these services for applications:

It handles inputs and outputs to connected hardware devices such as hard disks, printers, and dial-up ports.

It sends messages to each application or interactive user (or a system operator) about the state of the operation and any errors that may occur.
This can offload the management of batch tasks (for example, print) so that the starter application is free from this task.
On computers that can provide parallel processing, an operating system can handle how to distribute the program so that it runs on multiple processors at once. 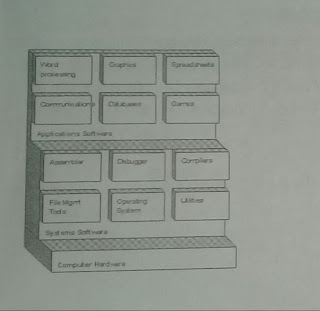 Different features and functions within the operating system

In modern microprocessors, there are at least two modes of operation: kernel mode and user mode. If an application running in user mode attempts to perform a special privileged operation (such as direct hardware access), the CPU will throw an exception.

A computer system usually consists of several devices such as a disk drive, keyboard, mouse, video adapter, sound card, and so on. When a user connects such a device to their computer, they expect the operating system to detect and use the device. It is, in fact, the operating system that knows what the device is, but not how to communicate with it. The next problem is solved by the driver. A device driver is a computer program that controls a specific device connected to a computer. It provides an interface through which the operating system can transparently make calls to the device.
File system

Each computer file is stored in a linear space on a storage device of finite capacity. Each file contains a storage address, which is determined by the number of bytes offset from the beginning of the storage medium. But then there is the need for a framework that tells where a piece of data begins and where it ends - a file system.
User Interface

Here are the functions that will be discussed when the work is done. (You may want to focus your current research activities in this area.) How to image to text copy 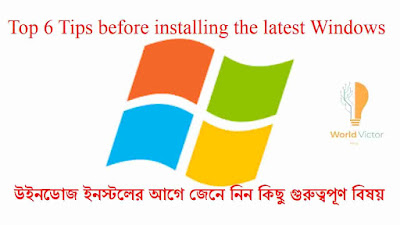